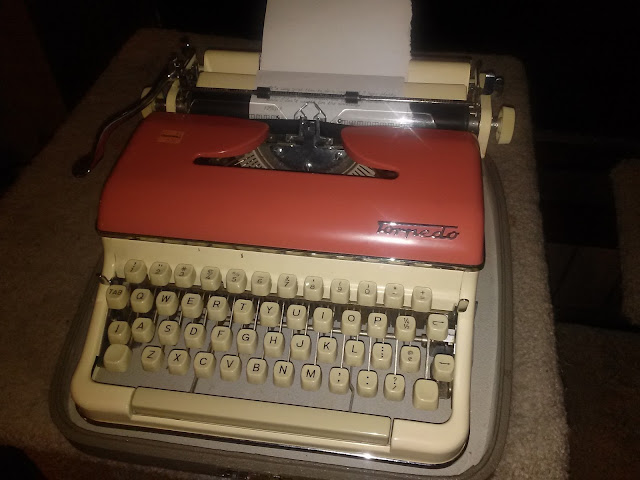 I enjoyed the film, but as I've heard elsewhere, "Skyfall" was better.  I liked, but am a bit conflicted about, the hodgepodge (or mashup, as the kids have it) they made of the Blofeld origin story.  I was glad of the references to the books but it was a bit of a "too-small-world" for my liking.  Obviously they can't use the original - he'd be over 90 years old.  I suspect it matters more to readers of the books than it would to the film-only fans.  I confess that I get a kick out of seeing the same phenomenon among Harry Potter fans.  At least it's something to relate to.

I keep saying, to the point that my wife and friends are probably tired of hearing it, that I'd like to see a "reboot" where they start producing period-piece or costume drama films in the manner of a Jane Austen treatment - or for a better example, as they did "Tinker Tailor Soldier Spy" in 2011.  They could follow the whole story arc and have a nice long-running franchise.  They could address the societal differences from then to now in subtle ways if they get good enough direction and acting.  I'd also love to see how they would handle the effects (and I want to see his custom Bentley, as well as Felix's Studillac).  Another production for Fallow Fields, I suppose. 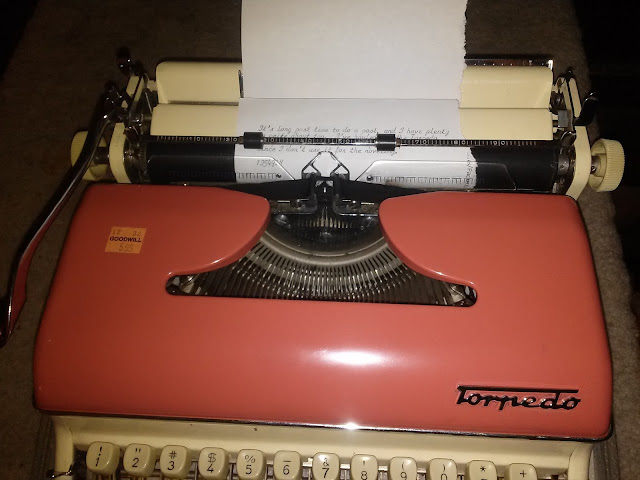 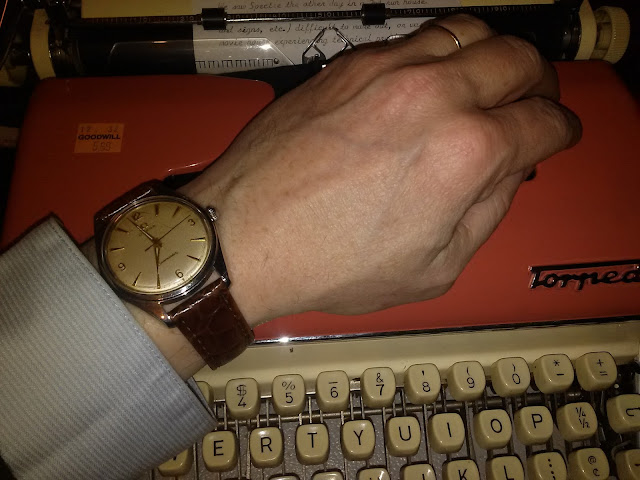 There's a Remington Torpedo in script on shopgoodwill.com as of this writing.

In other news, I found something rarer than a working typewriter in the bins the other day.  An old-school Thermos bottle with an unbroken liner and the inner lid also.
I liked the color so for a buck fifty I went ahead and got it. 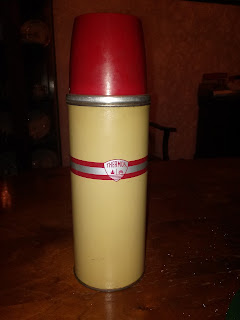 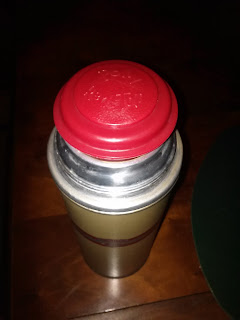 I'd never seen Polly Red Top before, I don't know how long they were made.  I did find an interesting blog showing vintage ads, which had this 1954 ad for the product - at least it gives me a snapshot on the era if not the actual decade in which this was made.  Some nice photography there as well.
http://jonwilliamson.com/