Since I have a lot to say, a series of scans on the balky machine would delay this post.  So I'm going to keyboard it.  But this is no ordinary keyboard. 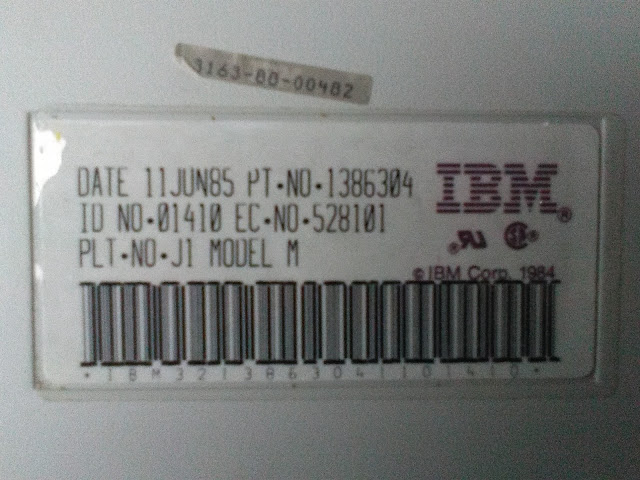 Some time ago, I found in the bins a virtually unused Model M with a 5-pin DIN connector.  Only when I got it home did I realize it wasn't the 180-degree type I was used to, but a 240-degree pin arrangement.  Further differences became apparent, like the key labels, lack of LEDs &c. 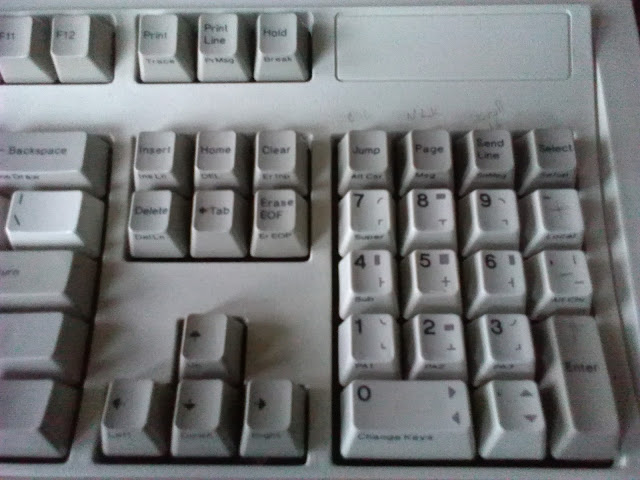 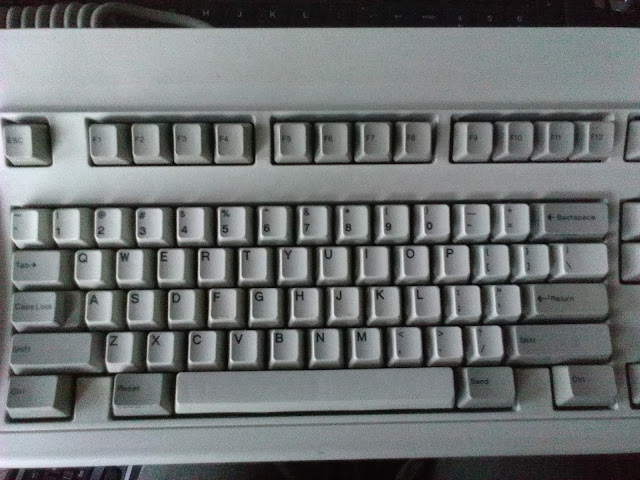 Well, I asked on the facebook page of clicky keyboards if they had adapters, and they directed me to an ebay seller.  The cost was rather high for something I was uncertain would work, so I dithered about it for months.  Finally, when I felt flush enough to take a flyer, I placed the order.

Well, the adapter works like a champ, and frankly, it cost less than the price of another model M found online.  So I've done a bit more research on the keyboard itself.  It was made for the 3161 ASCII display station back in 1985 (June 11, to be exact).  If I've read the sources correctly, it was a lower-cost replacement for the Model F.  I doubt I'll have any other computer equipment still in use after 30 years.


But this post was supposed to be about coffee. 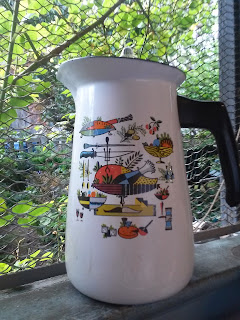 This is the first percolator I found to try.  It makes good coffee on the stovetop.  However, too many "solids" get through the large sieve in the filter basket.  This is easily ameliorated with a small piece of filter paper, but that defeats the secondary purpose of reducing paper waste.  I'm going to give it away, and if it fits in a flat-rate box I'll even ship it.
In an effort to find a finer filter basket I found this one:
Considerably smaller, it takes a quart of water to make about five "cups" (6-ounce servings).  The way I understand the percolation process, it's not supposed to reach the boiling point.  I don't think I've finessed it perfectly yet, but the results have been worth drinking anyway, and you can keep perking for stronger brew.  Cora coffee is a small roaster here in Tacoma.  She brews with a chemex at the market on Saturdays.


So a year or two back, I found a cheapo knockoff of a stovetop espresso pot at GW, but never liked the results.  It left a lot of water and yet the coffee wasn't that great.  It felt wasteful.  I got this, together with another that makes a full pint (!) on shopgoodwill and am quite happy with them.
I've been seeing various old vaccuum pots on shopgoodwill for some time but recently found one with only one bid, so I went for it and won! 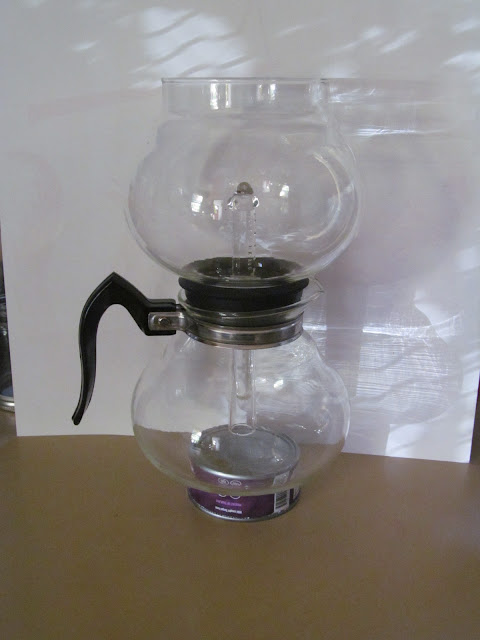 My best guess, based on the filter rod and its packaging, is that this is from the late forties.  The package says (c)1946-47, and a "new" style of rod came out later that enthusiasts seem to prefer.  This is working just fime for me - it filters well.  My video clip didn't upload, but there is an excellent writeup on the whole process of this machine at Culinary Alchemist. 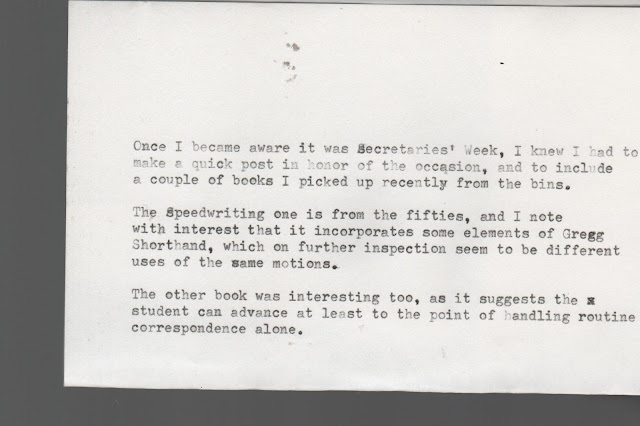 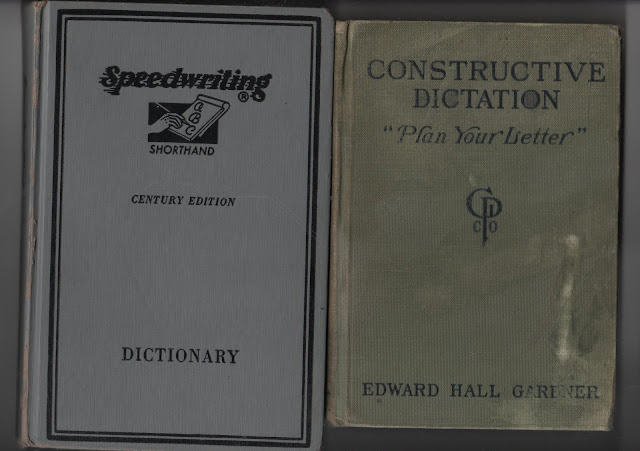 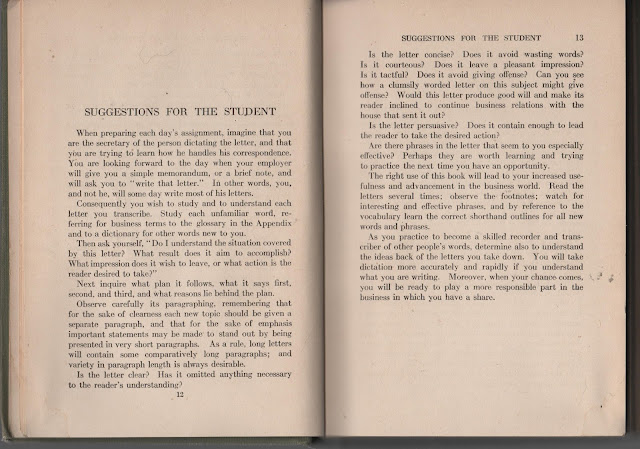 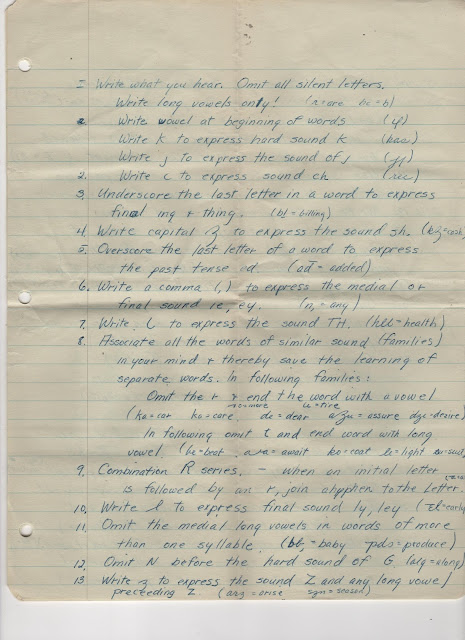 My mother was a professional secretary, so I have a bit more understanding of the job as it used to be.  She often spoke of being an editor of the correspondence rather than a mere transcriber.
I also took high school courses in typing and shorthand.
fun fact:  The line down the middle of a steno pad was because the hand could pivot on the wrist to reach that far.  Moving the hand side to side was wasted time and effort.
Posted by notagain at 7:52 PM 2 comments: 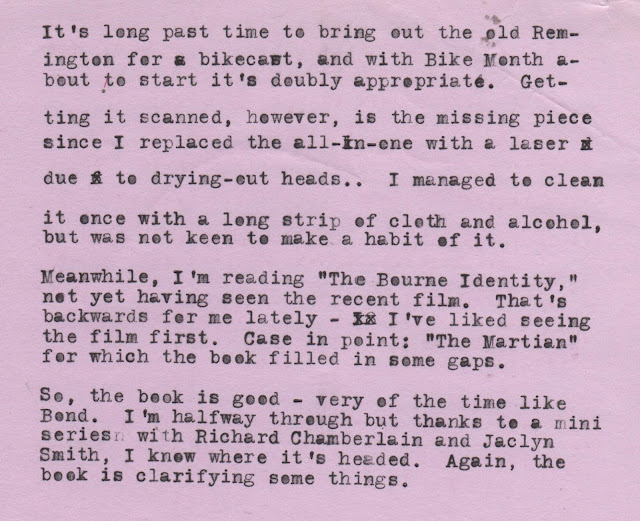 As you can see, i hooked up my scanner over the weekend and, as long as it doesn't get stuck asking for new cartridges it will work.

I've been gradually trying coffee-making devices (twentieth-century, of course) with the idea that eventually my Mr. Coffee will stop working and will need replacement.  With the same mindset as I went into typewriters, I'm looking for pots without their own heat sources.  Look for a post on that soon, but here's a teaser: