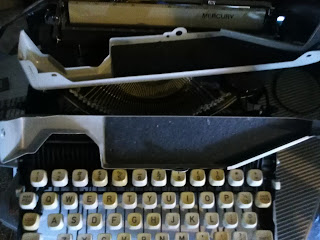 Also got this strange old coffee pot - the Super Maid.  The filter basket is more of an infuser.  I finally measured the capacity and it holds nearly ten cups, rather than the 4 or 6 I'd been estimating.  So today's batch was better - by which I mean approaching strong enough. 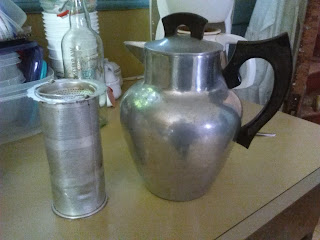