Type-hunt 2: Left on the shelf

Here are the ones I didn't buy, and a few other items of interest.

We found a Hermes Baby right out of the gate.  the price was high, but I thought I could always return for it if nothing else turned up.  As I said later, I do occasionally see them in the US, unlike the Swissa.
It had a normal typeface in pica pitch.  When we entered, however, the girl told us to hurry as she was closing in 7 minutes.  That haste is why I neglected to get a photo with the lid off. 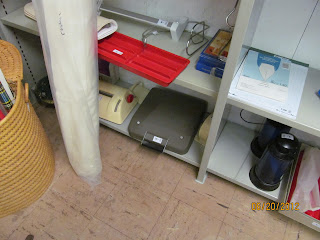 So we left and with lucky timing hopped on the tram to the next stop, where we struck the mother lode.  This place seemed to be set up with numerous independent vendors, some of whom were closed.  On the  way in, we saw this standard, which at home I would have picked up: 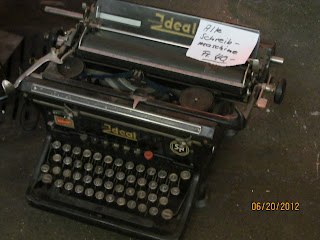 Then we wended our way around, not finding much until we got to the last area in our counterclockwise sweep. 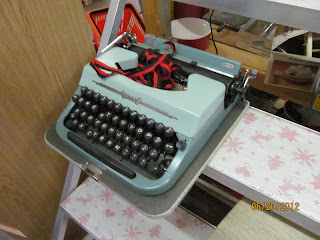 We immediately seized upon the Swissa because its ribbon was barfed all over the top.  While maschinengeschrieben was fixing it, a wild vendor appeared!  He was told we were collectors and that I was here all the way from Washington State, and he said 30Fr.  I attempted a look of wistfulness blended with sticker shock, and he asked what I wanted to pay, so I said funfzehn, and he gave the look I tried on him and came back with 20. I said I'd think it over while we checked out all the others.  There were a lot of them. 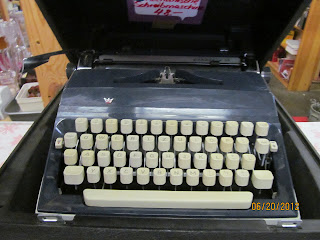 I completely forgot to shoot a pic of the SM9.  Instead I took this pic: 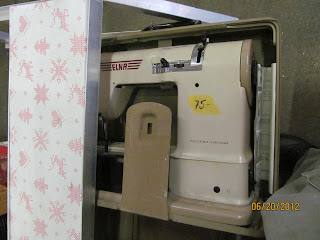 So after that it was played out.  The Salvation Army was a nice store, where I almost bought a big suitcase for carrying home my booty, but I decided to wait until I had the car for that  They had phones. 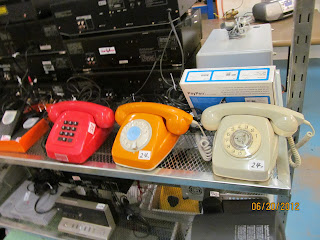 then as you've read, we went up in the container tower.  Here's a brief photo series: 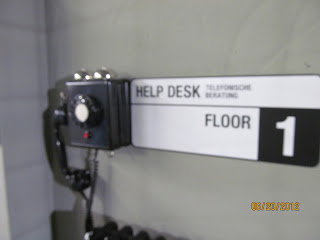 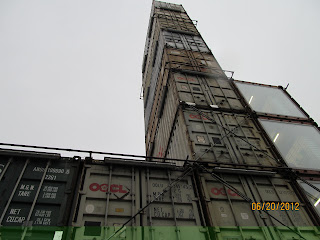 finally we went to a more upscale place where we checked our bags and so I didn't have my camera for the sewing machines I saw there. Sorry about that Adwoa.


When we went to the main train station to type, I saw more bicycles than I've ever seen before in one place.  I suspect they are commuters. 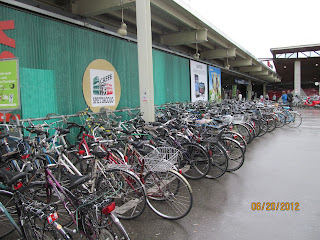